The management of GlobalOne Team has worked and excelled in their areas of speciality and have crossed the cultural divide by working in various countries over the years. 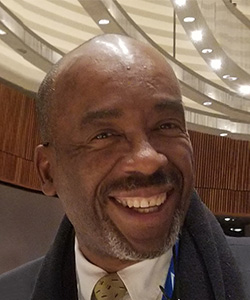 Captain Paul A. Goldson is the founder, Chief Executive Officer and member of the Board of GlobalOne Management Consultation LLC (GlobalOne~GMCL). His career spans more than 41 years in the aviation industry, encompassing a wide cross-section of areas starting as a line pilot at Air Jamaica (AJM), and finishing his flight career as a direct entry Expatriate A320 Captain at IndiGo (airline, IGO) in India. Leaving his flight deck duties behind, he transitioned to COO and Senior Consultant positions at Baymac Management Services Ltd (Baymac).

His aviation career started as a Second Officer on the B727-200, then transitioning to the A300-B4, also serving as a S/O Supervisor. Paul served as First Officer on both the B727 and A310-300, before attaining his first command on the latter. After his conversion to Captain, A320 Family, he served concurrently as the AJM Director, Flight Operations.

Captain Goldson has garnered experiences inclusive of representational aspects within the aviation industry, serving as President of the Jamaica Air Line Pilots’ Association; Regional Vice President (RVP) for Caribbean East (CAREAST) ; Principal Vice President (PVP) Admin and Finance of the International Federation of Air Line Pilots’ Associations (IFALPA). He is one of the founding members of Caribbean Airline Pilots’ Association (CARALPA). As the RVP CAREAST, he was responsible for monitoring Deficiencies and Shortcomings for the Caribbean’s airspace, aerodrome, airways and facilities, assisting the Federation in improving regional safety and consequentially, interfaced with the various regional Regulators at meetings representing the Federation. He progressed to the airline management ranks, serving as the AJM Director, Flight Operations from 2003 until 2005.

In 2006, Captain Goldson commenced his consulting career with SH&E (London) on Integrated Operations Control Center (IOCC); thereafter, at IATA on Fuel and Environmental Efficiency and Fleet Rationalisation; and as a Senior Consultant with Baymac as the SMS Expert for Bureau Veritas in Asia. The latter relationship with BV has now been formerly taken up by GlobalOne. His tenure in consultation has traversed the globe throughout the Far East, Africa, Middle East, Europe, and the Americas. This has provided a true appreciation for the need for a strong cultural sensitivity in regional engagements, thus helping to ensure cultural sensitivities are respected in all levels of interactions.

Over the years he has been involved with companies in various capacities, even though flying was the principal focus which prepared him for the corporate and consultative world. This vast global footprint brought home the realisation that a void existed in the need for culturally relevant development of solutions that are specific to both individual countries and organizations. This has led to the formation of GMCL.

After high school graduation in Jamaica, Paul attended Miami Dade Community College, a Miami facility for an Embry Riddle Aeronautical University program, though leaving early to capitalise on the opportunity to fly with the national carrier of Jamaica at the earliest date available. Paul went on to pursue Marketing at the Jamaica Institute of Management, and later his Master of Science in Air Transportation Management at The City University, London.

Captain Goldson is an avid endurance cyclist riding in many of the countries visited, and has started annual charity rides in Jamaica. He has been invited as a motivational speaker by various organizations over the years and acknowledges that life is a journey that should be enjoyed in a balanced way while learning from each encounter. 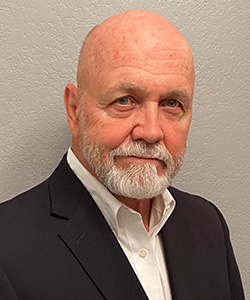 Captain Thomas L. Divine is Head of Consultants at GlobalOne Management Consultation LLC (GlobalOne~GMCL). Throughout Captain Divine’s 48+ years of aviation experience ranging from military, general aviation, airplane manufacturer production test, small and major Airlines, and as an FAA Air Safety Inspector, his thoughtful opinions and dedicated focus to find the right solutions have been valued by many in major USA airlines; and for the past 14 years by International Expatriate Pilots from nearly fifty countries.

From an aviation beginning in U.S. Army Helicopters, 1972, he has retired twice from the B747-400. In between helicopters and B747s he flew for a small regional turboprop airline in AR; was a production test pilot for Beech Aircraft in KS; Corporate and Charter operations, Bonanzas to King Airs, LearJets, and a Bell Jet Ranger helo, in TX.

During his time with Korean Air (KE) as a direct entry Expatriate B744 Line Captain starting August, 2006, he served as the Advisor Vice President to both Flight Standards and Training, and as a Line Instructor Pilot on the B744. Having served on both the KE and UA Flight Operations new hire interview teams for over 2 years each, his experience and insight to view all applications for their strengths, not leaving the proper review to chance, presented both airlines and the candidates an opportunity for a successful match of skills and talent within an appropriate culture. He later returned to lead Korean Air’s wholly owned flight crew recruiting subsidiary Total Aviation Service (TAS), in Los Angeles, CA as General Manager: 2013~2017.

Approaching Age 60, he had left KE in 2009 to become the FAA Assistant Principle Operations Inspector for Continental Micronesia Airline (CMI), B738-9, with the FAA office in Houston, flight inspections throughout the South Pacific Micronesia. His position ended with the merger between CMI and Continental/ United Airlines.

After high school graduation in Oklahoma, Thomas attended the University of California, Berkeley, where he studied Economics until joining the Army. He holds a Bachelor’s Degree in Aeronautical Studies, from Embry-Riddle Aeronautical University, Daytona Beach, FL. More recently he has attended Master of Science classes at Texas State University, San Marcos, TX in Educational Technology.

Captain Divine knows many of the ins and outs of the Aviation Industry, because he has experienced many of them. He maintains a valid FAA Certified Flight Instructor, ASME, Helicopter; Instrument- Airplane & Helicopter, with the remaining career goal of being a competent partner and consultant to those highly motivated organizations and personnel in search of Quality processes. 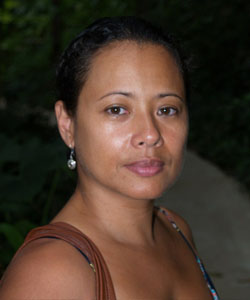 GlobalOne Management Consultation LLC (GlobalOne) represents the culmination and the bringing together of the Principals’ numerous years of global experiences, spanning multiple areas of disciplines within the aviation industry.

Send to a friend